Home » Did You Know Idaho has High Levels of Radon Gas?

If you live in Idaho, you should know that the state has a significant problem with radon gas. More than 40% of the homes in the state that have been tested for the gas have had levels of it that are potentially dangerous. In many areas of the state, more than 50% of homes have tested positive for unhealthy levels of the gas, and in some areas nearly 70% of homes have tested positive for such levels. 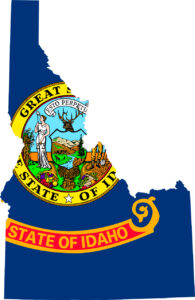 What is Radon and Why It Is So Dangerous?

Radon is a gas that occurs naturally from deposits of both radium and uranium that exist underground throughout Idaho. The gas is not only radioactive but is invisible as well, and you cannot smell or taste it, either. It makes its way into homes through building foundations and crawl spaces that either have cracks or gaps in them.

If you have a high level of radon in your home, it could be putting you and your family at great risk to radiation exposure. This exposure has been known to damage people’s lungs. It can even increase the risk of lung cancer. It is actually the second leading cause of lung cancer in the country, with only smoking ahead it.

According the Environmental Protection Agency (EPA), exposure to radon causes more than 20,000 deaths every year in the United States alone.

Dr. Colby Adams, who works for Idaho’s Department of Health and Welfare’s Division of Public Health as its environmental health director, says that the radon problem in Idaho is so severe that the state government recommends that Idaho residents have their homes tested for radon exposure. He further says that if high levels of the gas are found in your home, you should mitigate the problem as soon as possible to prevent the very real risk of contracting lung cancer.

How To Test for Radon in Your Home?

There are two types of radon testing: short-term and long-term, and they both require the installation of a device in your home to measure the level of radon gas there. A short-term test takes up to 90 days while a long-term test measures your home’s radon level over the course of a year. Short-term tests include charcoal testing and continuous radon monitors, and long-term tests include alpha tracks and electret ion chambers.

If you live in southeastern Idaho, Teton Radon Services can not only test your home for radon using the most sophisticated technology available, but they also can provide free consultations and estimates. Furthermore, if you do have a problem with radon, they can mitigate this problem through various means. This includes their custom designed and built radon mitigation systems. They can also encapsulate your crawl space to prevent the radon from ever reaching your home.

Call us Today for a FREE Consultation!